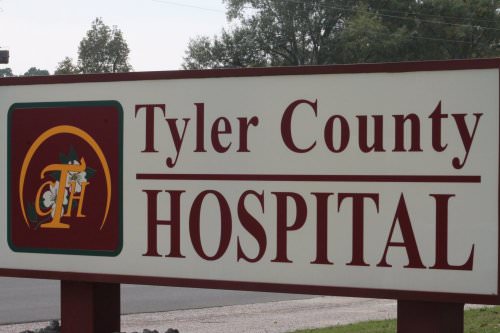 The History of Tyler County Hospital

Few rural hospitals in the United States still offers medical services to small towns and their immediate surrounding areas. Tyler County is an exception. Tyler County Hospital opened its doors in Woodville in 1950. It has provided, without interruption, medical care for the county since its beginning. Thousands have benefited from what most consider excellent care in the hospital. A small minority may have complained that their treatment was less than excellent, but even most of them agree that the hospital remains a major asset to Tyler County.

In 2003, the hospital purchased the Family Clinic in Woodville that is now designated as the Rural Health Clinic. In 2004 it opened the new level IV trauma ER center. In 2005 Tyler County Hospital achieved the status of Nurse-Friendly by the Texas Nurses Association. In July of 2008 it was designated a Pathway to Excellence healthcare organization by the American Nurses Credentialing Center. During its nearly seventy year history, lights on in the hospital have signified a place where Tyler County babies were born; where elderly residents were tended with care until they passed into another world; where the sick were diagnosed and treated until they were well again; where those who needed surgery received appendectomies, tonsillectomies, hernia repairs, and other common surgeries locally; and where trauma patients had broken bones set and necessary stabilization to care for them locally or, if needed, to send them for further care to another facility. The medical complexion of America has changed, and some of these services are no longer a part of the scene for small hospitals. However, multiple new lifesaving techniques and services are offered today in Tyler County Hospital that were only a dream years ago – Cardiopulmonary resuscitation, high speed, radiological diagnostic procedures, cat-scans, ultrasound and Doppler studies – to name a few. Cardiologist, neurologist, urologist and podiatrist, and consultations are available at Tyler County Hospital.

Tyler County Hospital is dependent on property taxes and provides indigent and charity health care to the county. The local hospital has offered seventy plus years of service to Tyler County residents as well as many who pass through the county.